Austin Learning Solutions is a participant in the Amazon Services LLC Associates Program. These items come at no additional cost to buyers, but ALS makes a small commission on items bought via these links. 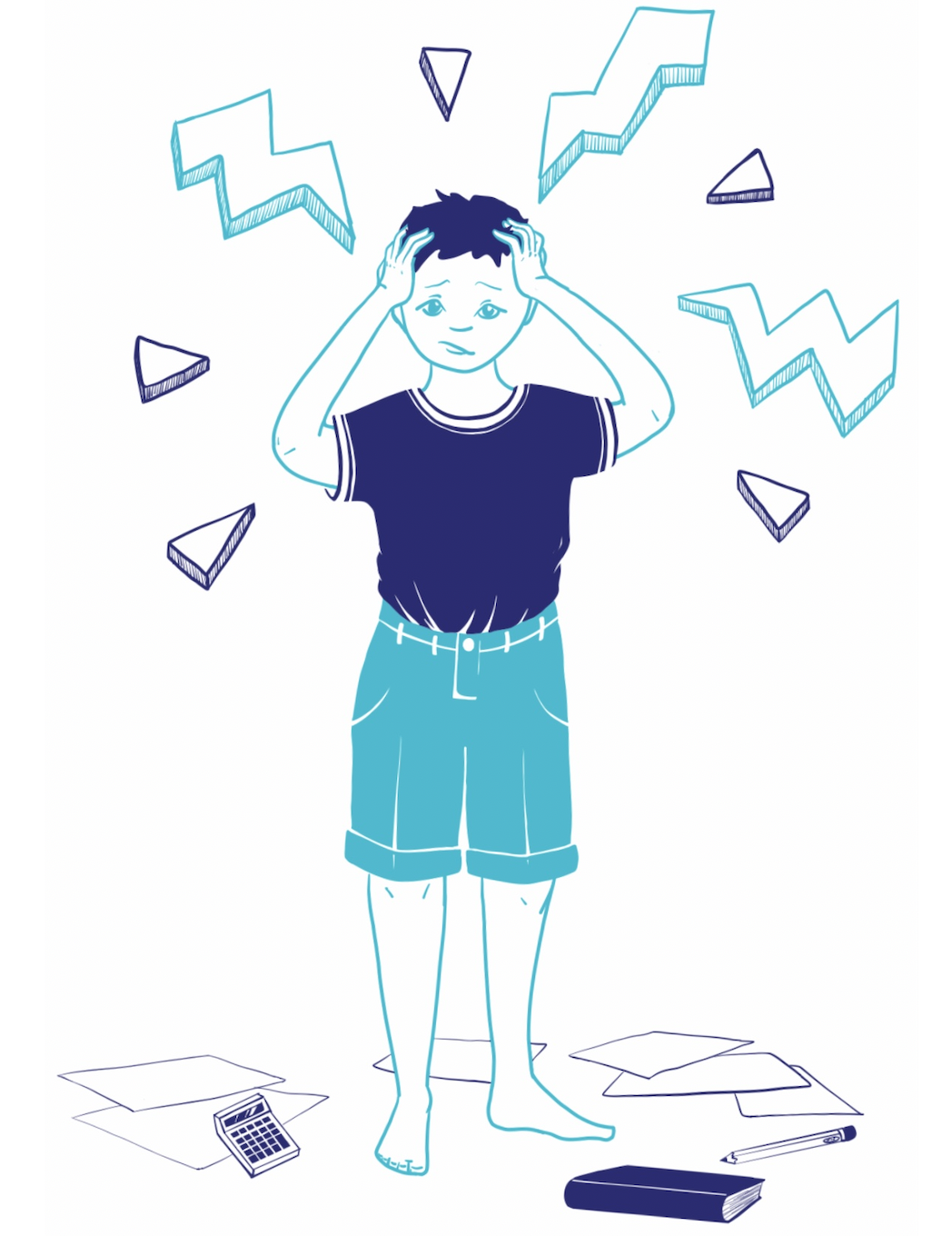 Did you know that kids diagnosed with ADHD are twice as likely to experience headaches or migraines than kids without ADHD. This risk for headaches and migraines only rises with age. Although you won’t find headaches or migraines listed under the diagnostic criteria for ADHD, the unmistakable connection has caught the eye of many researchers, and rightfully so. While the research into this connection is still new, there are a few leading theories.

One theory suggests a biological component involving pathways of dopamine in the brain. Dopamine is a neurotransmitter in that brain that acts as a reward system. It reinforces actions that lead to pleasure. Researchers know that both ADHD and migraines are triggered by a dysfunction of the dopamine pathways in the brain. Until we know how and why this dysfunction occurs, the biological connection between the two remains a theory.

The other main theory focuses more on the effects of ADHD and less on the cause of it. In short, ADHD is a processing disorder that largely affects executive functioning skills. The brain is capable of receiving and understanding information, but is lost when it comes to organizing it. The ADHD brain doesn’t know what information is important and what can be ignored. Instead of filtering the data, leaving only the key details to be processed, it takes in everything, all the time, all at once. On top of that, since it also struggles to regulate emotions, the brain feels that intensity all day, everyday. So, it may not surprise you to hear the second main theory is based on the concept of executive function overwhelm.

Everything from picking out an outfit, to prioritizing a to-do list, and even making plans to hang out with friends, required executive functioning skills. Let’s picture it this way. Imagine the brains energy as coins. Everyone can only spend ten coins a day. Everytime you make a decision, plan ahead, or organize information you have to spend one of your coins. However if you have ADHD the same tasks cost you two coins. In this scenario a person without ADHD can complete up to ten executive functioning tasks before running out of coins. While the person with ADHD can only complete five of these tasks before they too run out of coins. It is not that the person with ADHD is lazy or doesn’t want to complete more tasks, but they literally can’t afford to. Since we know it takes more energy for an ADHD brain to make decisions; and we know the ADHD brain takes in more information that needs to be processed, it’s easy to see how the brain can get exhausted so quickly.

The exhaustion from all of the unfiltered data entering the brain, floods the system, causing headaches and migraines. If everything we do involves some level of executive functioning, how can you reduce the risk of headaches? You can reduce the risk by giving your brain a chance to rest. That means, take a break. Step away from anything that over-stimulates the brain. Instead find an activity that helps slow down the brain. Exercise, meditation and short naps are three of the most effective ways to rest and recharge the brain. Taking time to rest, not only reduces the risks of headaches and migraines, it also improves focus. It is an essential part of turning ADHD from a hindrance, to a benefit.

The Surprising Truth About Learning Disabilities

Those of us who have been diagnosed with a learning disability (LD), often worry what that means about us and our futures. We often compare ourselves to those without learning disabilities and are disappointed whenever we can’t keep up with them. But having LDs doesn’t mean you can’t be successful. In fact, a lot of successful people and celebrities have some type of learning disability. It may sound shocking, but LDs are not really disabilities at all. A better term would be “differently abled”.

Take Michael Phelps as an example. Phelps, the most decorated olympian in history, has said his ADHD is what helped him the most. When he was a student he struggled to sit still for more than a few minutes, but was somehow able to swim for three straight hours after school. P
helps recalled “I could go fast in the pool, it turned out, in part because being in the pool slowed down my mind. In the water, I felt, for the first time, in control.” Swimming involves being aware of multiple things at once, something ADHD brains love. Which is exactly why Phelps was able to turn his hyperactivity into hyperfocus. The same can be said for comedian and actor Jim Carrey. Carrey, who also has ADHD, is best known for his high energy performances and physicality. The very energy that made him famous was also what got him in trouble as a child. Like Phelps, Carrey was often reprimanded for not being able to sit still in class. In the end, the people who scolded him for his hyperactivity would later be buying tickets to see his movies.

Michael Phelps and Jim Carrey aren't the only ones who turned their learning disability into their superpower. A lot of very successful people have benefited from the very thing that got them in trouble at school. For director Stephen Spielberg, it was his dyslexia that helped him find his passion for film. He found that his dyslexia actually allowed him to express himself and communicate in ways others couldn’t. His brain struggles with reading, because it looks at the world as a series of connections and patterns. Dsylexic brains pull words from all over the page together, because it is always looking for connecting themes and ideas. That ability to see things differently has helped people like Tom Holland, Cher, Anderson Cooper, Whoopie Goldberg, Tommy Hilfiger and others achieve success as well. Among them is entrepreneur turned billionaire, Richard Branson, who once said, “It is time we lost the stigma around dyslexia. It is not a disadvantage, it is merely a different way of thinking. Out in the real world, my dyslexia became my massive advantage: it helped me to think creatively and laterally, and see solutions where others saw problems.”